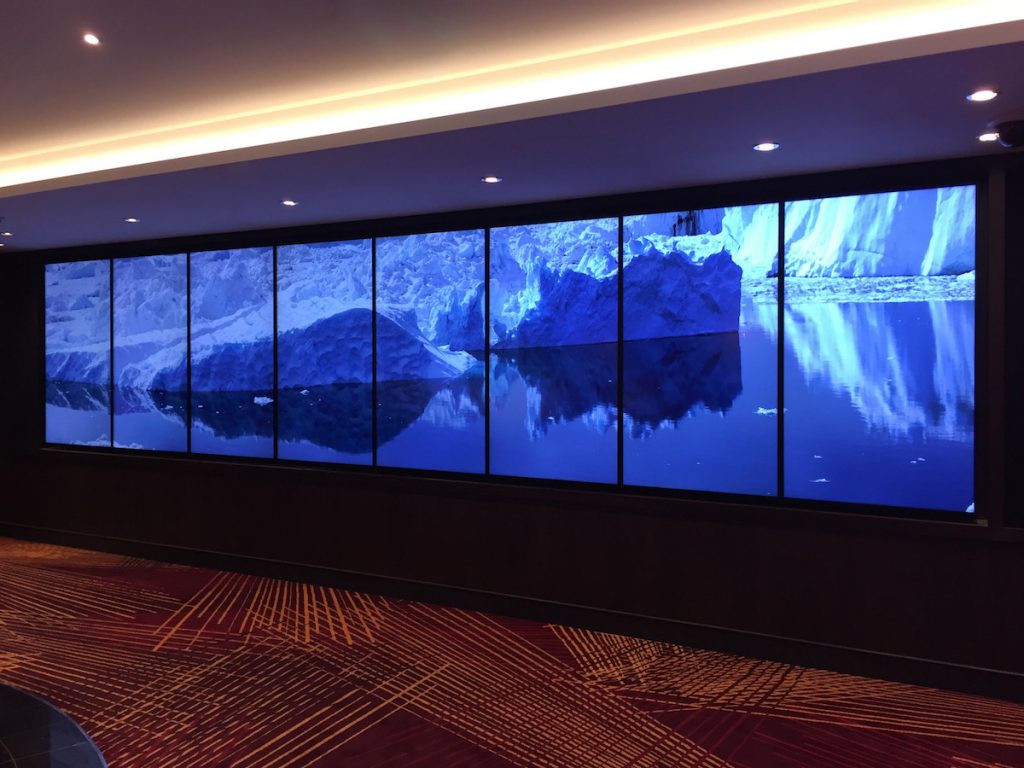 Norwegian Cruise Line entertainment division has installed a 8K video wall with 8 x 75” Displays in their Skyline Bar. Guests can enjoy stunning 8K films produced in the highest quality exclusively by atmosphere media for the installation. The atmosphere media player 8 and its new Network Player© plugin controls and synchronised two standard Apple computers for a native resolution of 8640×1920 pix.

Two 8K resolution video walls are also installed in the sauna relaxing room for a total immersive experience with atmosphere super high vision films produced exclusively in Greenland and in the Seychelles Islands.

With the atmosphere Network Player© module, movies greater than 4K can be displayed frame accurately using multiple standard Apple computers. This means that 6K, 8K, 12K and above are now real possibilities without the use of expensive media servers. atmosphere makes it very simple: connect the Apple computers via an ethernet network, choose one as the master and automatically locate the other systems and your set up is complete. The atmosphere Network Player© is sold as a separate plugin. 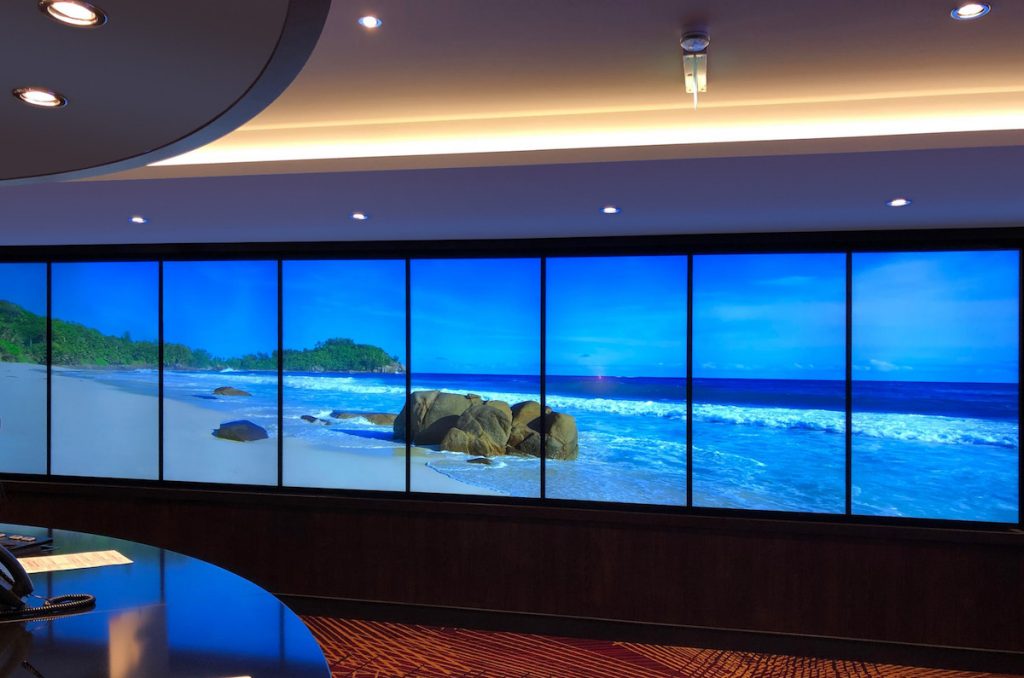 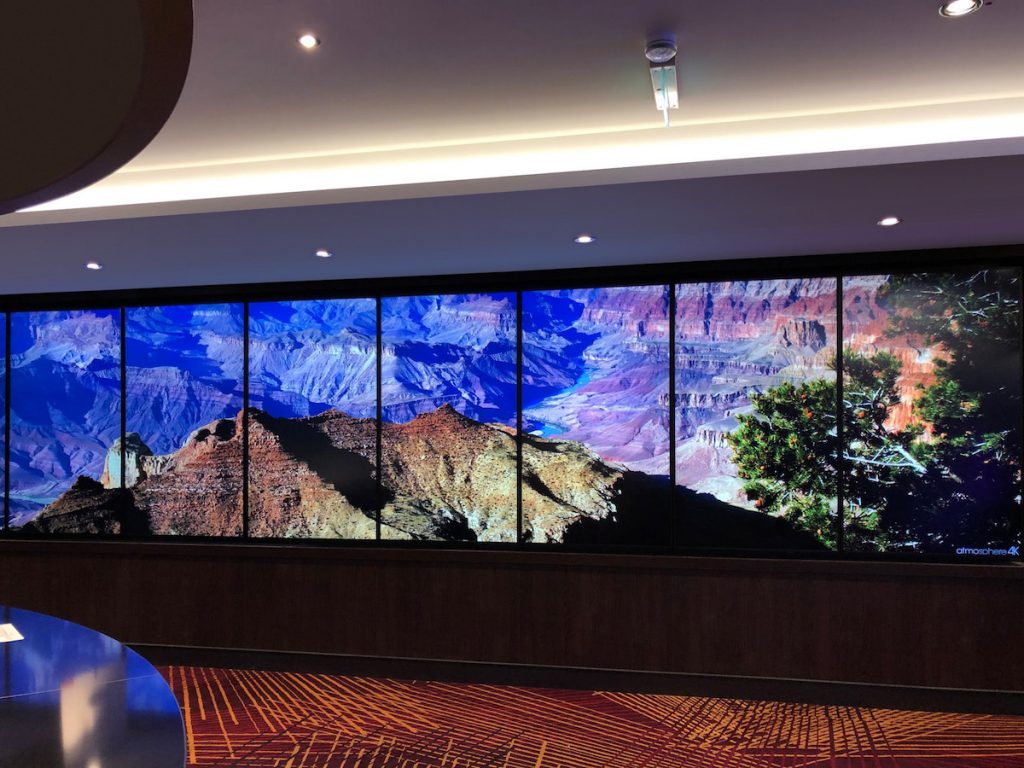 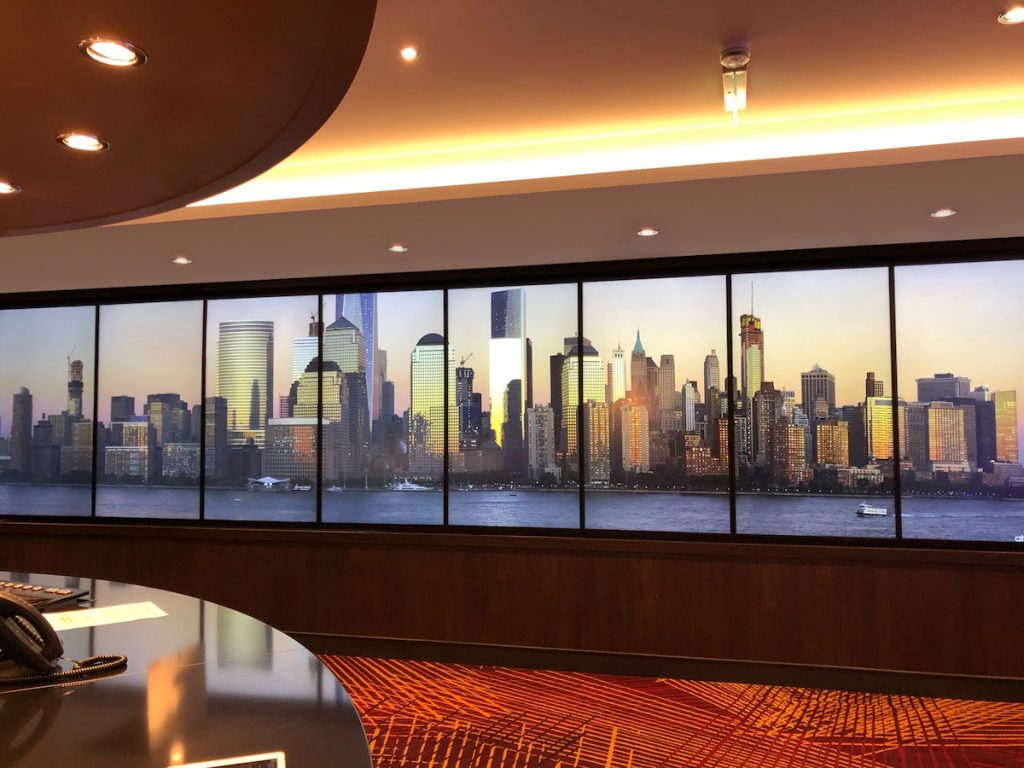 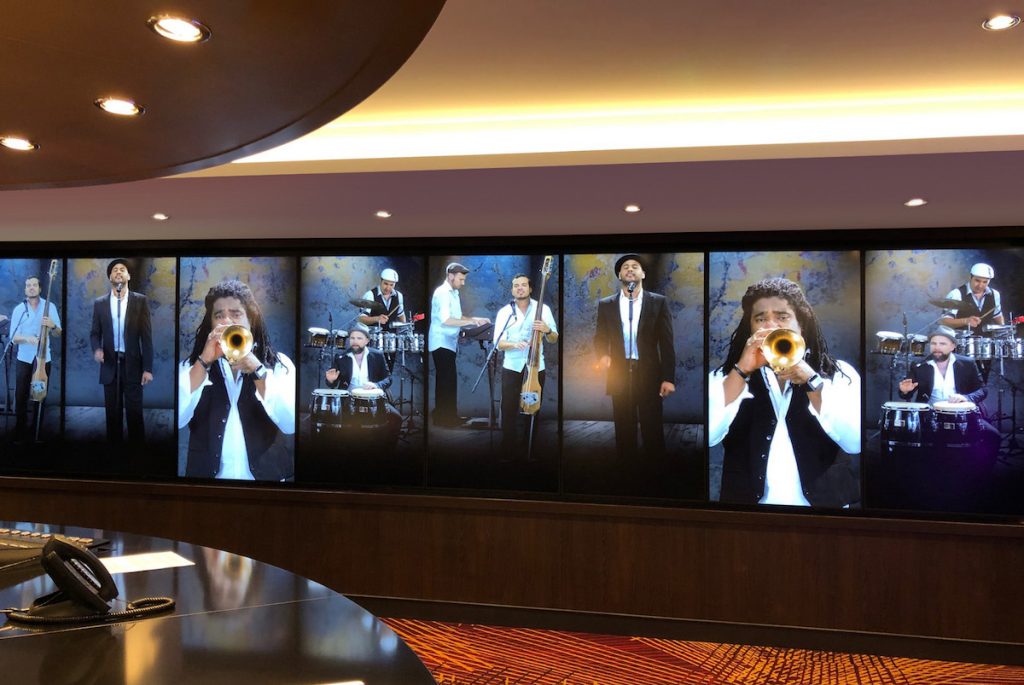